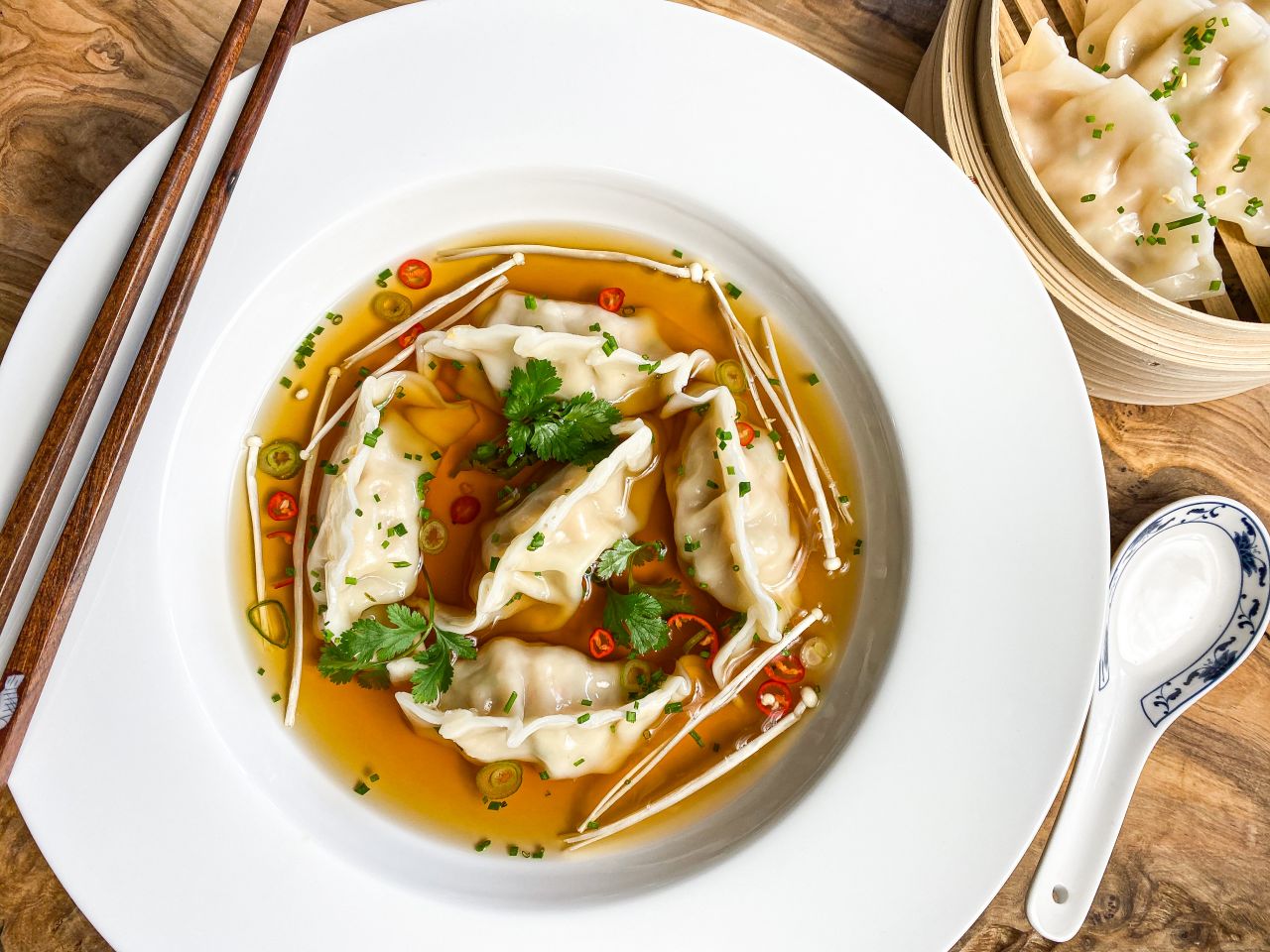 Ok people I’m not going to lie to you this one is a bit of a chore but well worth it. If you don’t like prawns then by all means use chicken with the same seasoning to the mixture.

1 Thumb sized piece of Ginger cut in to matchsticks

Enoki Mushrooms (save to garnish the broth)